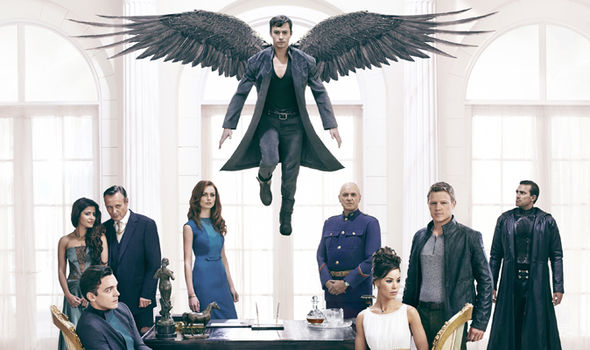 Anthony Head has been confirmed for the 2nd season of Dominion.

The series has been renewed with another 13 episodes season.

The second season is going to be getting grittier and darker than the first one, according to the stars of the show. Tom Wisdom, who plays Archangel Michael, has that audiences can expect to see something much more edgy.

For those unfamiliar with Dominion, the fantasy series is loosely based on the 2010 film Legion and follows Earth in the aftermath of a battle between humans and angels caused by the disappearance on god.
The first season followed Michael as he guided Alex Lannon (Christopher Egan) to fulfil his destiny as the Chosen One, who will be the saviour of mankind.
The drama also focused on the political workings on the city of Vega, previously known as Las Vegas.

The city is run by General Edward Risen (Alan Dale) and his daughter Claire (Roxanne McKee) but they face treachery from his rival Senator David Whele (Anthony Head).
To add to the mix, Evelyn (Shivani Ghai), queen of the city of Helena, arrives in Vega under the guise of Arika to make her own plans for the Chosen One and has Claire in mind.